News collects all the stories you want to read
Contests Events 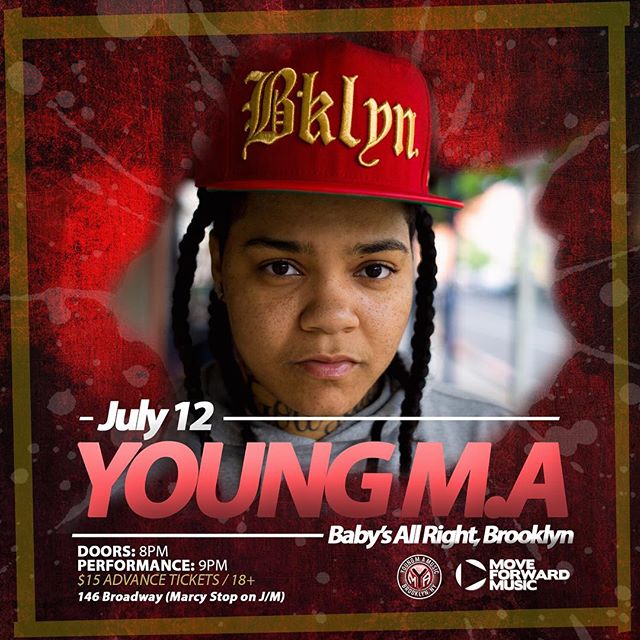 Young M.A, straight from Brooklyn, has shown her boss-a$$ bars with her Chiraq Freestyle “Brooklyn” as well as in her latest single, “OOOUUU.” She recently performed at the Highline Ballroom, to show her support for Freddie Gibbs and now she be heading back to Brooklyn. If you’re a fan of Young M.A, you’re in luck – Respect. Mag is bringing back a pair of free tickets for YOU to see her live on July 12th at Baby’s All Right, in Brooklyn, her hometown.

Two simple rules to follow and you could be the winner of these tickets:

The lucky winner of this pair of tickets will be informed on July 10th, through DM on Twitter.

Unfortunately for fans that aren’t in New York, she isn’t touring anywhere else at the moment. And if you don’t win, no fear, you can purchase a ticket to see her here.

Also, for those who aren’t familiar with Young M.A, check out her recent dope freestyle rap at Funk Flex Freestyles on Hot 97.

Wednesday night (Jan. 22) Young Thug and Kevin Liles announced that the winner of the "Hot" Battle of The Bands Challenge - Florida A&M University …

https://youtu.be/Xx58YDAM8jQ Whether at home in a parking lot cypher with his homies in his native San Fransisco, or rocking the stage …

RESPECT. In Peace. A Photo Tribute to MIGOS Legend TAKEOFF.