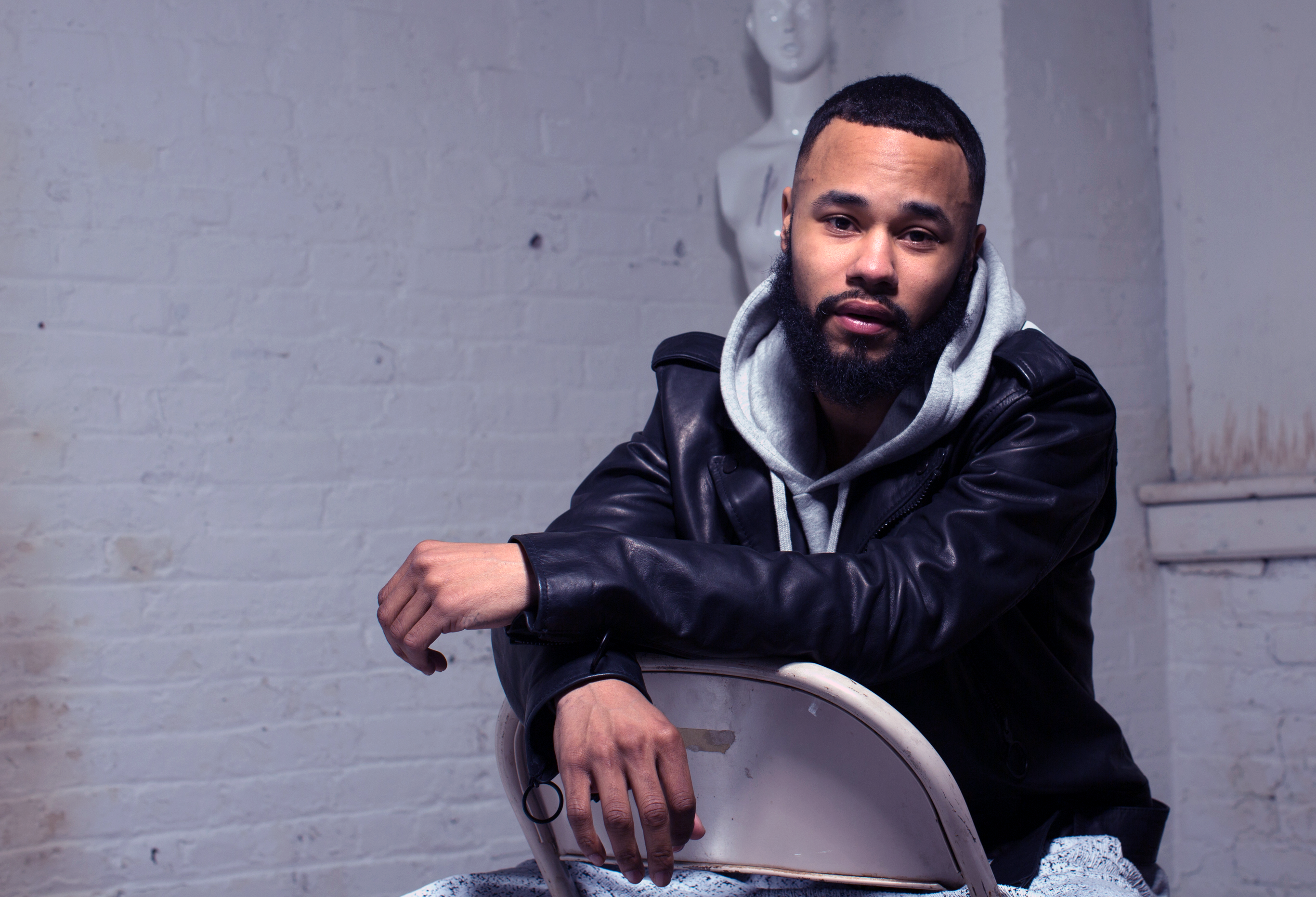 CHAZ FRENCH
FINDS HIS WAY OUT

As a native of Washington, D.C., it’s amazing to see the evolution of hip-hop from this vantage point. A decade ago, the notion that a slew of DMV artists would all take positions as front-runners of the culture wasn’t much more than wishful thinking. While there have been glimpses in the distant past (from local legends like Section 8 Mob and Tabi Bonney to big-label signees like Black Indian and Nonchalant), no one — except for Maybach Music emcee and current crown wearer Wale — managed to break through the proverbial ceiling. Go-go music, the percussion-driven wild child of funk and soul, was king in this congested, isolated-from-the-rest metropolis.

Fast-forward to present day, and the city nestled between the North and the South has become a hotbed of rap stars: Rappers like Logic, Shy Glizzy and Jay IDK have all had (and are still having) varying levels of success, leading the way for a slew of new music masterminds ready to take the crown. Out of the latest wave, 20-something-year-old Chaz French is certainly one of the brightest; even though he’s only getting started, it’s nothing short of inspiring to see his grind thus far. With all the necessary tools now at his disposal, one can be sure that Chaz’s continued ascension will be both just as exciting and just as challenging. At this point, much of French’s story is well documented: His teen to young-adult years were spent bouncing all over the DMV (as well as Texas). Both in past interviews and on wax, he’s revealed that some of this period saw him homeless, which stemmed from his stubborn determination to turn his gasoline dreams of succeeding in music into reality. At some point, he managed to settle in Richmond, Virginia, where he crafted the first edit of the now highly-rated EP Happy Belated. 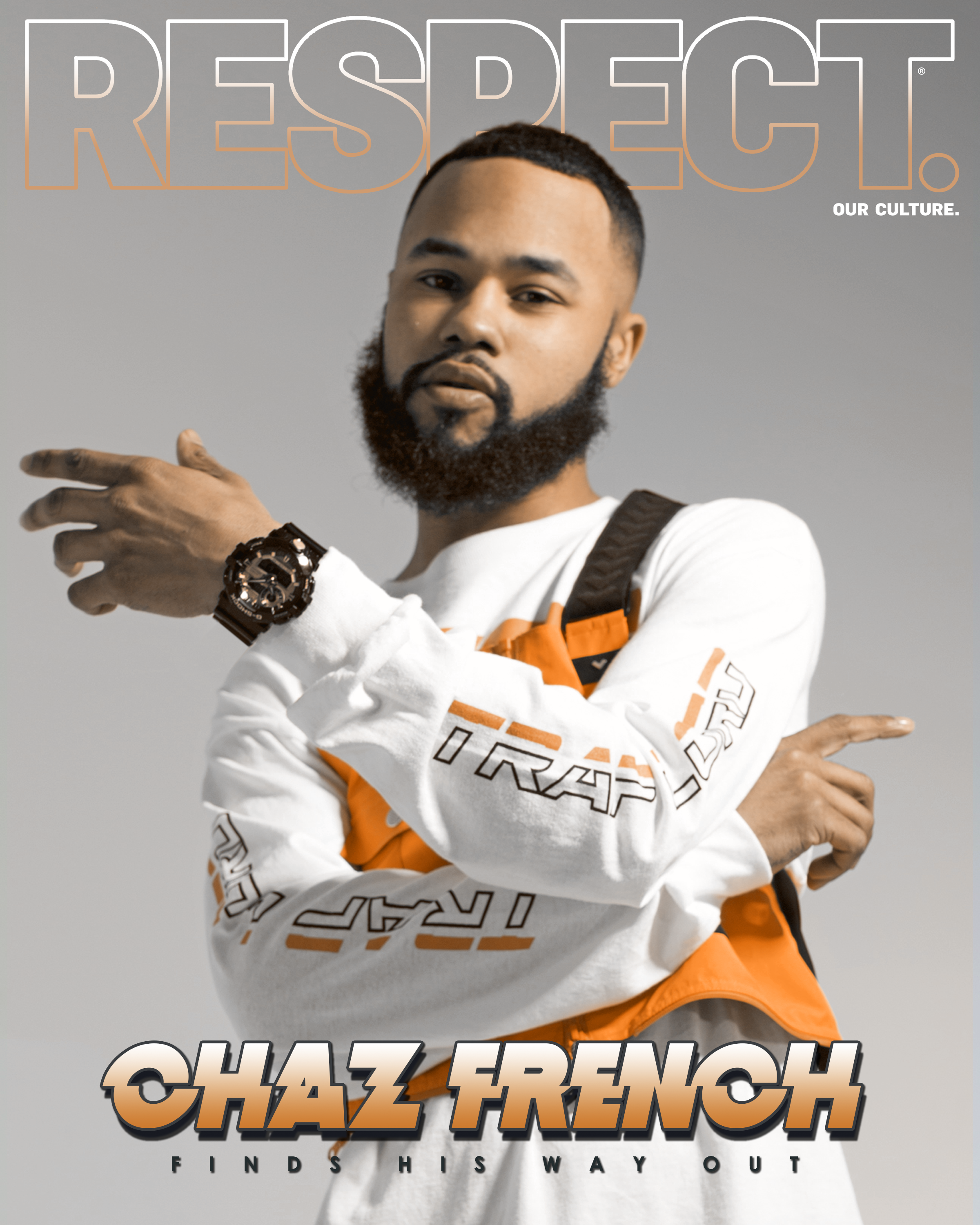 “My whole life I been tryna live that Hov life/
That get-money, make-’em-think-you-sold-your-soul life/
But fell accustomed to sleepin'-on-the-floor life/
That's why we stay high for the lowlights/”
— “The Vent”

Catching up with French at this year’s Broccoli City Festival (having performed at Miami’s Rolling Loud only a day after), French spoke on how some fortunate networking led to Happy Belated ending up in the hands — and ears — of 368 Music Group’s Andre “Dre the Mayor” Hopson and Raheem DeVaughn, the latter of whom can be considered an R&B icon in his own right. “A friend of a friend heard my music, and they passed it along to Raheem, they passed it along to Dre, and it just became a family from there,” French says. “[It’s] one of those situations where you’ve got to know somebody to know somebody, but you never know who you know that knows somebody…”

After going back to the drawing board and presumably re-creating from scratch, the final version of Happy Belated made landfall in the fall of 2014 (its Deluxe Edition followed later). That debut gave fans a window into the mind of a heavy-drinking, somewhat-lost individual with a hunger to flourish for his child and for himself. The release stands as one of the most vulnerable, honest offerings out of D.C. to date, and its critical acclaim increased French’s profile as he continued his march toward fame and fortune. A year (and an additional child) later, French dropped These Things Take Time, which introduced us to a wiser, more focused creative who continues to learn about life, the music industry, and his relationships with friends and family. “[The year 2015 signified] a transition of me talking from a place of not knowing where I really wanted to be, not knowing where I was gonna end up, not even knowing that Happy Belated was gonna have the effect that it did,” he states. “These Things Take Time [saw me] in more of a promising position. So I was just happy and [able] to say the things that I really want to say, and me saying the things that I felt like I should’ve said all along but just wasn’t in the position to say.” Simply put, the album represented a freedom for a man who wanted to be positive but felt that he couldn’t in his still very recent predicament. 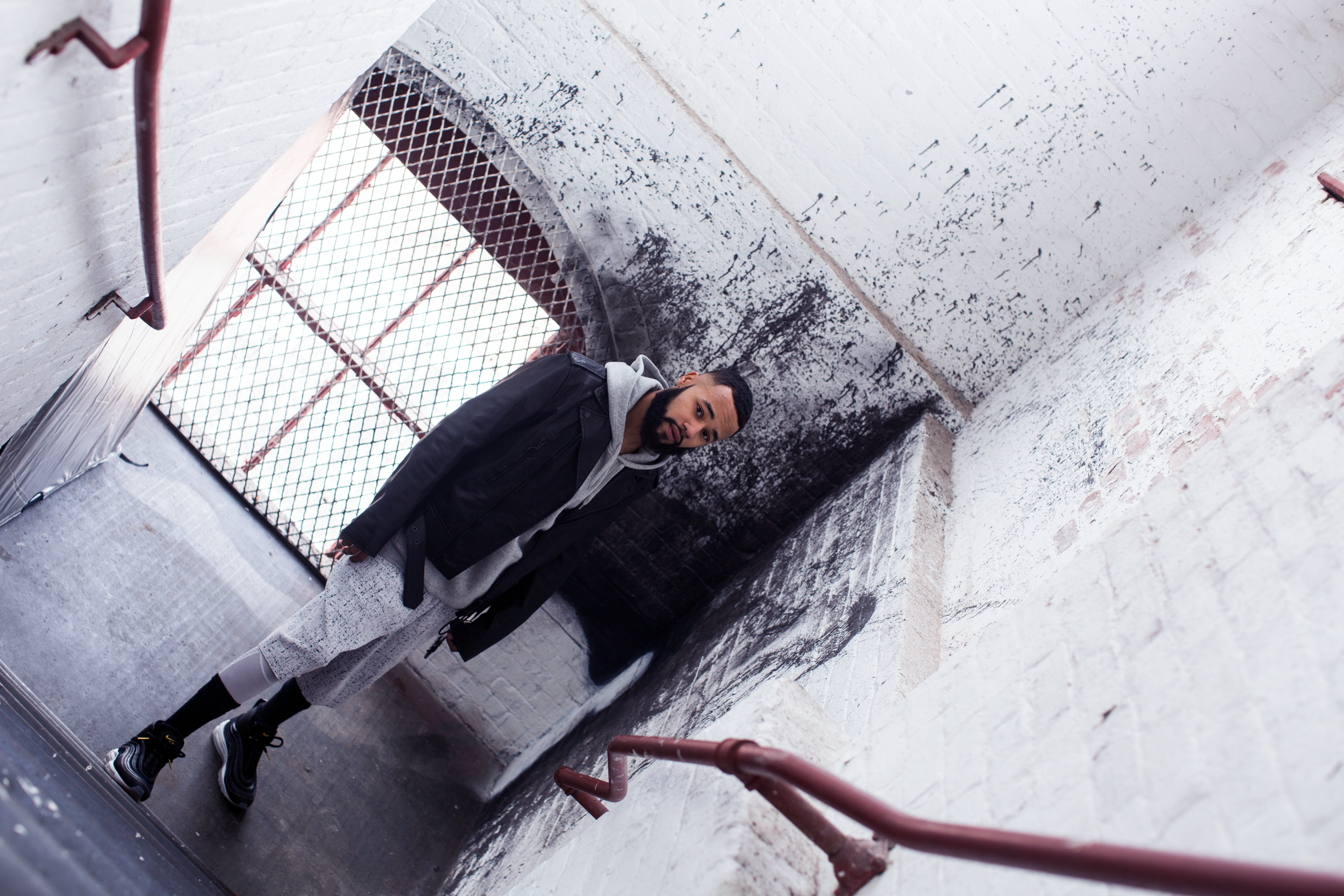 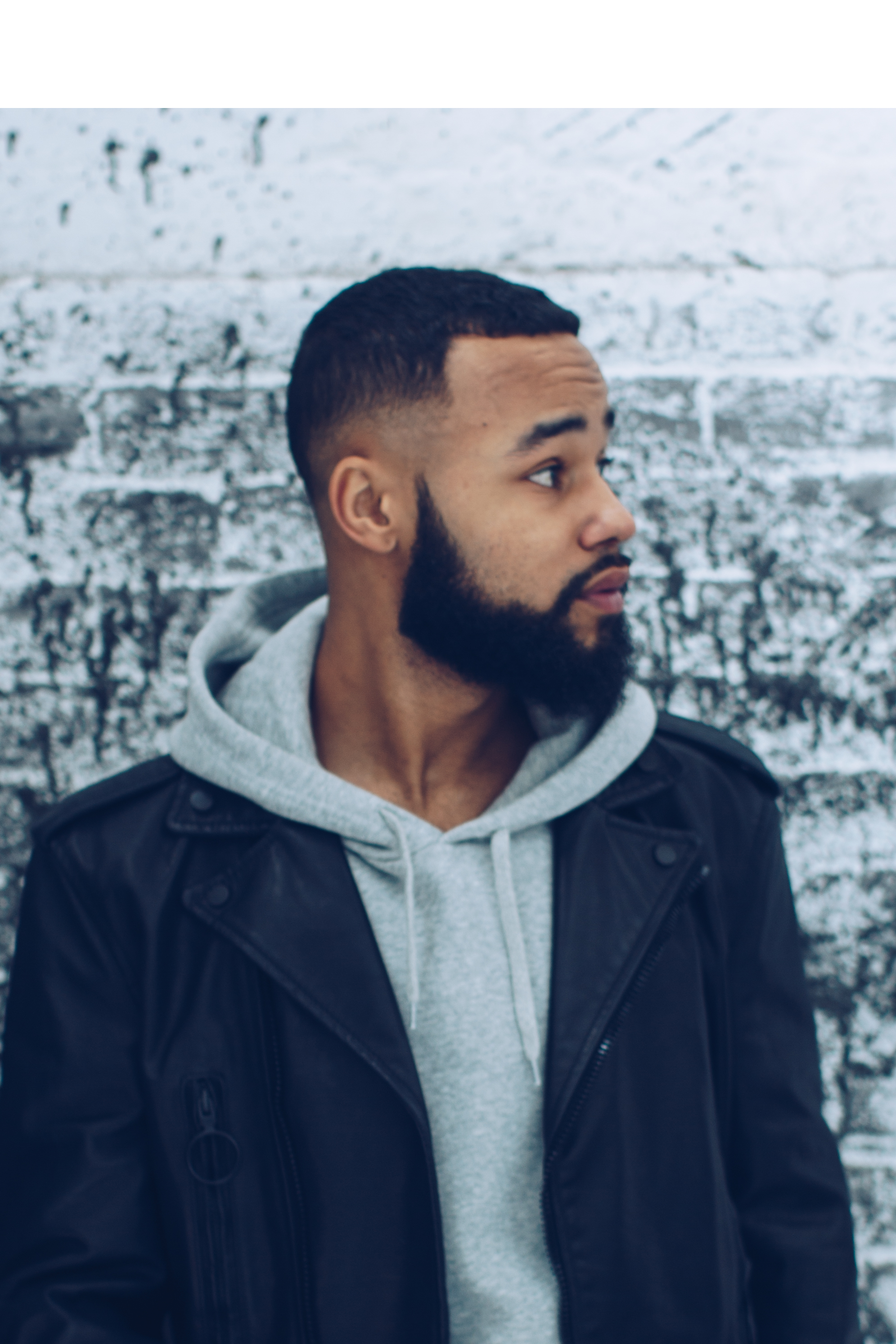 “In the heat of the moment, you can get lost in it all/
When you slipping, it’s about how you bounce back from the fall/
When I had nothing left to give, that’s when I gave my all/
Kept my enemies closer, loved my fam from afar/”
— “Let God”

In the middle of his roller-coaster journey, something pivotal happened: During a performance at Atlanta’s A3C Festival, he caught the eye of a label rep in the crowd, which led to his now-announced record deal with Motown/Capitol. “Somebody that was working at Motown was there at the time. I was performing in front of, like, 10, 12 people…didn’t know who was in the room. Still performed as if it was 1,200 people, and [thanks to that performance,] it just went from there. It was a great day.” Seeing Chaz French shut down the packed crowd at Broccoli City was a change from when he took to that festival’s stage three years ago. While he was just as animated and energetic back in 2014 (and could draw in the audience as a result), his newfound achievements made him one of the hottest tickets in that line-up. It’s something that he certainly takes into account as well, given that the current perception of him creates a kaleidoscope of opinions and reactions from family, friends and his ever-increasing fan base. It’s this mind-set that will make up his forthcoming album, as he further explains: “The project is titled True Colors, and it’s basically just piggybacking off of These Things Take Time — after me being signed and people thinking I’m this way, and people showing their true colors, and me finding out what it really is to be in the industry, to [have people] think that you’re rich, or you’re famous. People just have this whole perception of your life based off an announcement, based off of followers, based off of you being verified on Twitter, based off the amounts of likes you get or whatever it is. 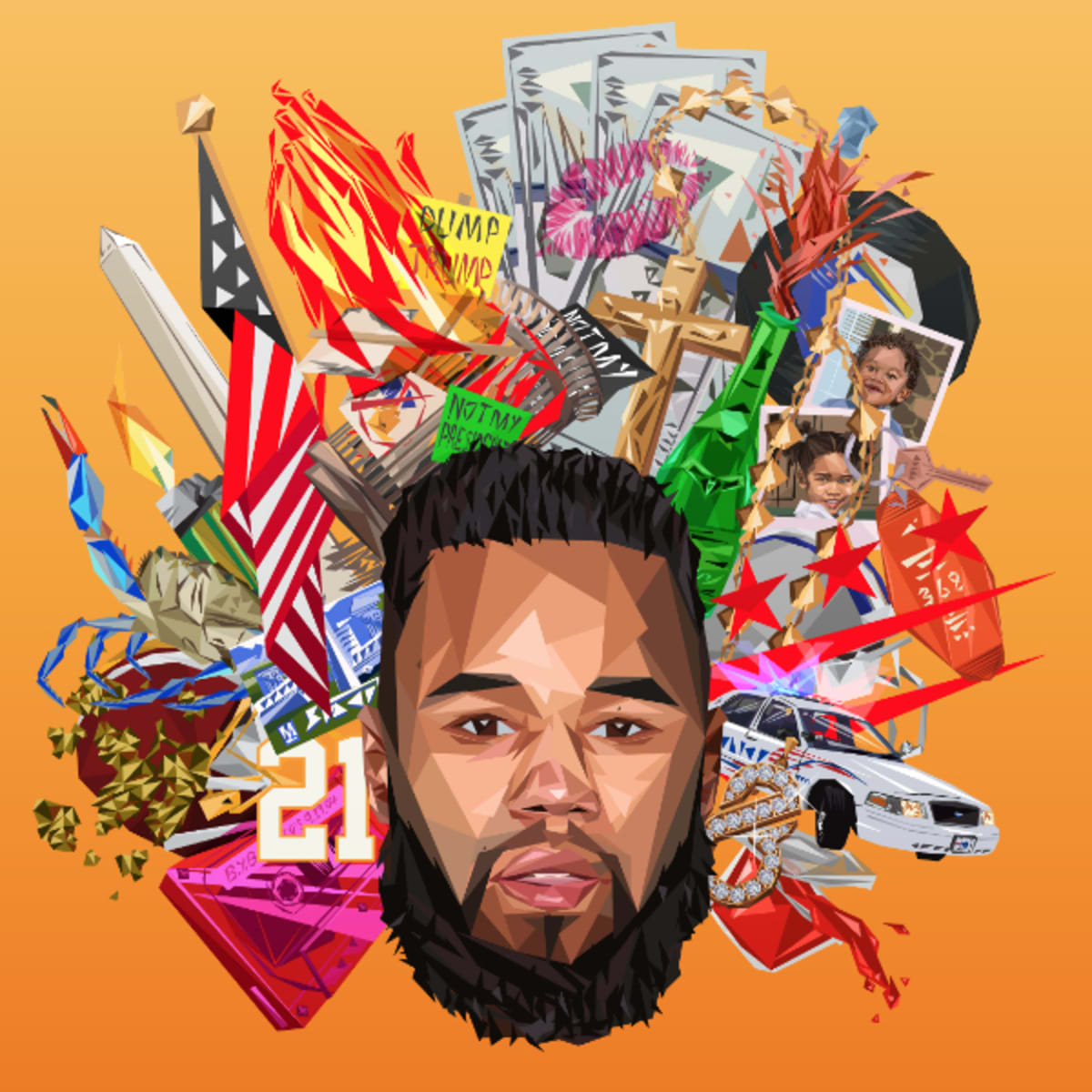 True Colors album artwork. Image credit: Motown/Capitol “[As far as the title,] I [also] feel like colors are more than just visual. Colors [represent] moods and feelings, so it’s just me playing off the whole [idea] of reality and truth, and showing who you really are when that mask is off.” Upon my initial listen of the album, it was clear that Chaz had no plans of diverting from the course of self-discovery and present day storytelling. Tracks like "Peace & Happiness" reveal that life is no less difficult as he continues his roller-coaster journey; other cuts like "Young World" shows that he's not letting the obstacles overwhelm him -- he sees that finish line and crossing it is only a matter of time. It's not all about him, either: he takes times to speak out against the social injustice taking place in his country (ex. "Amerikkka") and delivers clever H-Town-inspired vibes for after-hours enjoyment ("Uncle Luke"). In addition to assistance from D.C. peers (Shy Glizzy and the criminally slept-on Phil Adé make appearances), it's definitely the city's gatekeepers like Tony Lewis, Jr. and Anwan "Big G" Glover that make the biggest impact with the messages they provide to the listener, a perfect synergy with Chaz's raps that accompany them. As with his past releases, True Colors is Chaz's heart on his sleeve, a transparent look into the mind of a man who's a step farther from the struggle and a step closer to his dreams becoming a full reality. 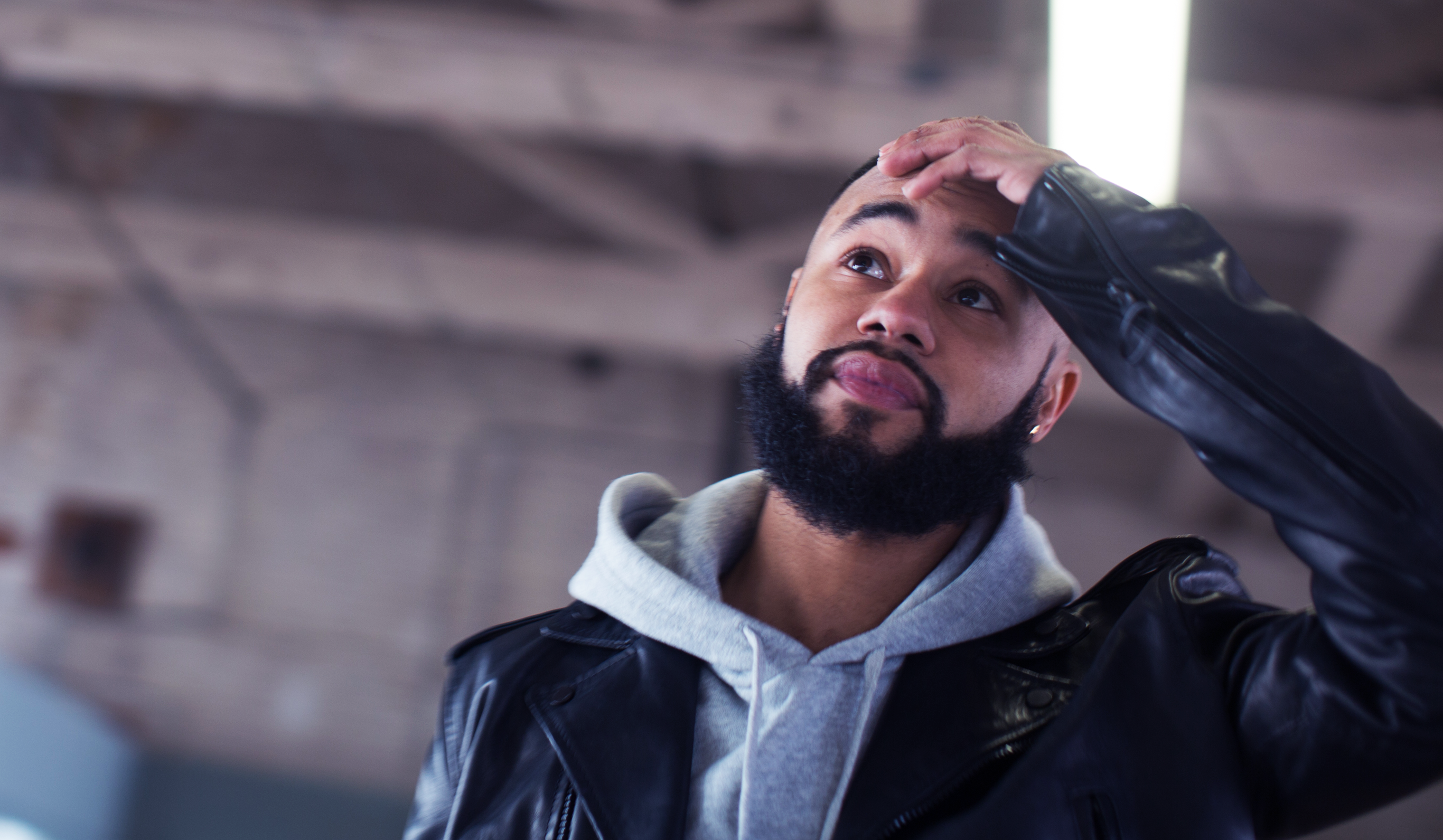 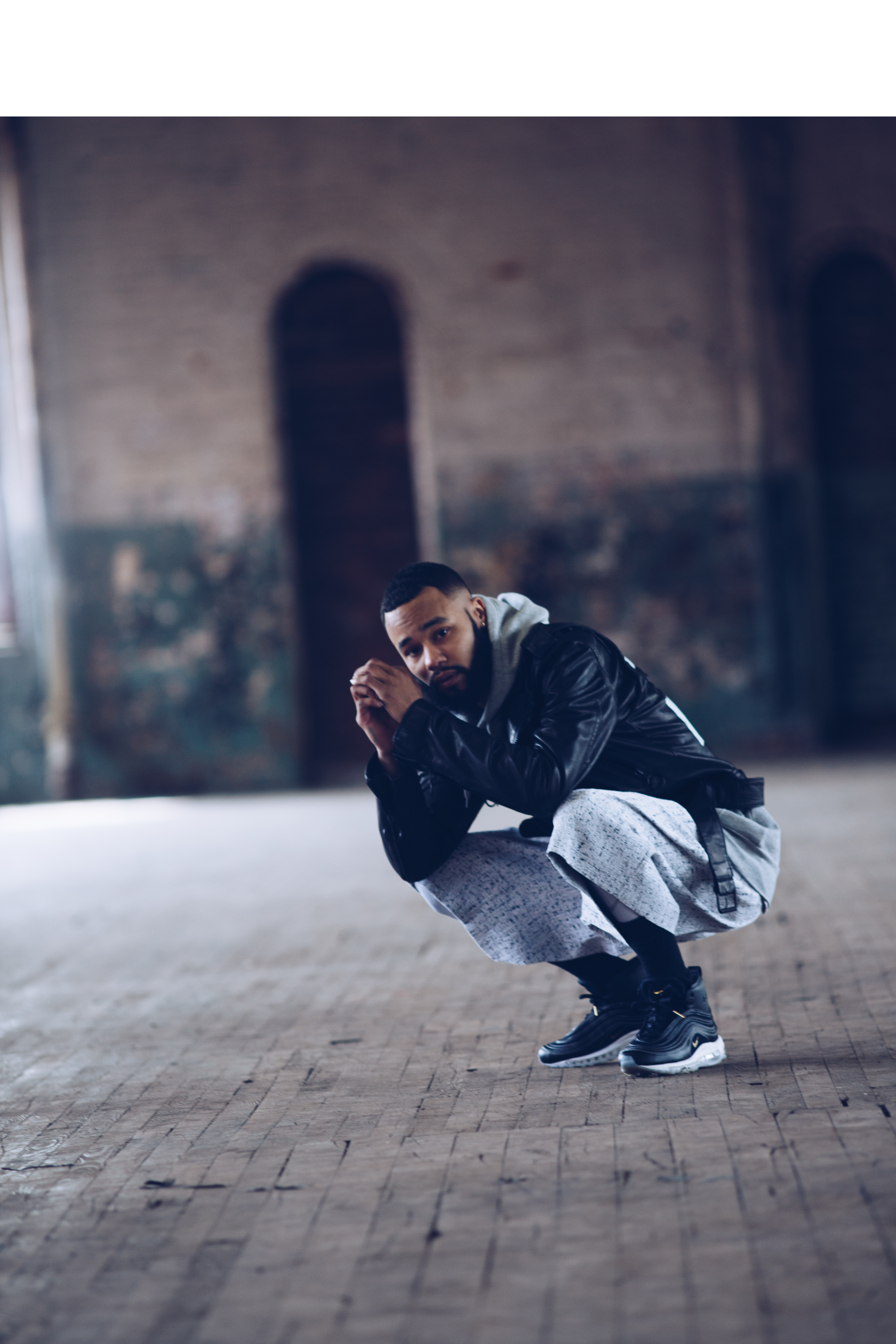 “'Bout to do it for the city, ’bout to bring the whole state out/
Shout to the n***as that’s been with me and they stayed down/
It was recess, really had to watch it all play out/
Now n***a kick it with Rick Rubin on my day off, we way out/”
— “Way Out”

Now that French stands at the forefront of the D.C. scene, it’s interesting to know his thoughts on how he and his peers will continue the movement that Wale has led for some time. “That’s what makes it special right now. For so long, people thought that all we would be is Wale, which is not a bad thing when you’re not an artist…shouts out to Wale, he’s [gone above] and beyond for our city. But you know, he needs backup, too. He needs shooters. That’s what we are. We’re coming up and trying to be the face [of the city], too.” French continues, “We’re trying to show people that we’re more than just go-go, we’re more than just one sound. We have different things to offer than just mumbo sauce and the White House. We’re gonna be right on the level of these other cities, if not bigger, because we got more to offer in a sense of [not having] a specific sound. We’re just us — we’ve just always been D.C.” Throughout These Things Take Time, we hear from French’s mother, a pastor who leaves powerful words of enlightenment and encouragement for her son. It’s that connection that shows us just how much French takes family (and his faith) seriously. “Family is everything to me — God, family, music. God gave me my family, so…that’s what it is,” he declares. “They’re gonna be a part of everything that I do. If it were not for my family, I wouldn’t be here. If it weren’t for my daughter, I probably wouldn’t be rapping. If it wasn’t for my mom, I probably wouldn’t be as intellectual as I am. I probably wouldn’t know certain things that I speak on, I probably wouldn’t be in the position that I’m in if it wasn’t for my brothers, if it wasn’t for my aunts and my uncles. It’s given me wisdom. Even when I felt like they were bringing me down, that was just me being young minded and not knowing what real life is. So my family will be a part of everything that I do — Happy Belated until whenever I stop rapping.”