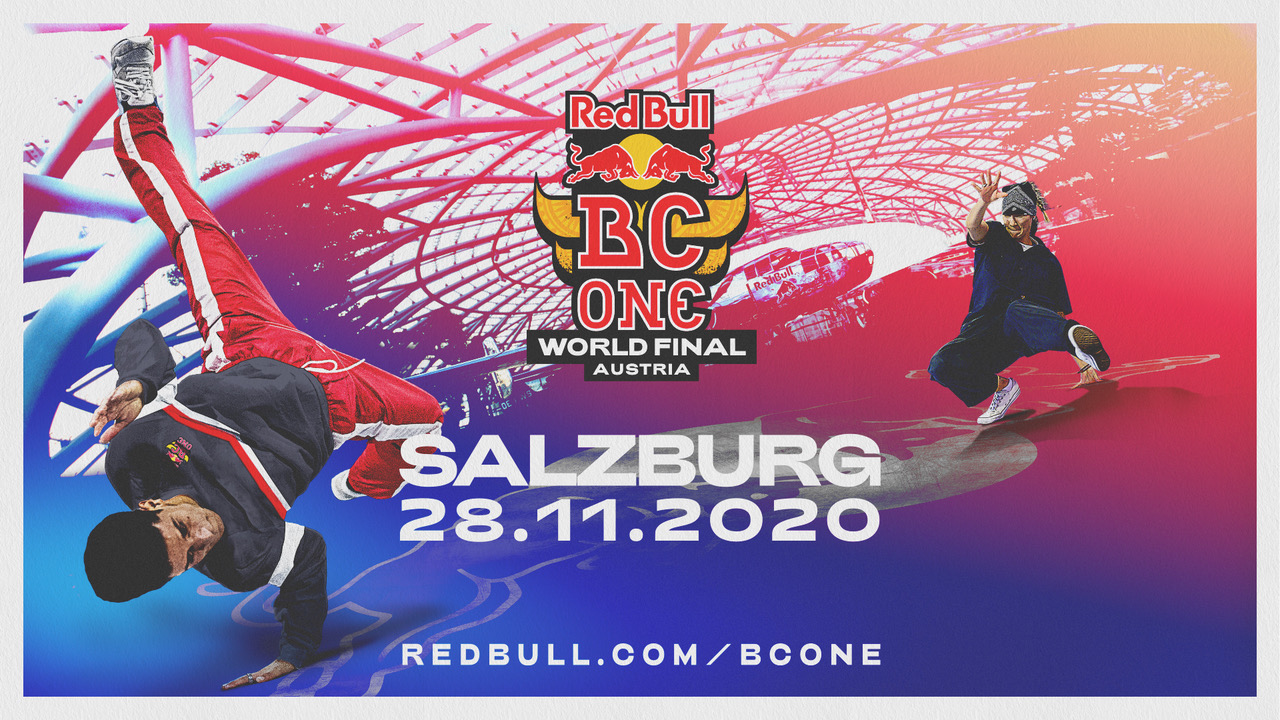 Red Bull BC One, the biggest and most prestigious one-on-one breaking competition in the world is back with it’s seventeenth edition of the World Final in 2020. Hosted in Salzburg, Austria on November 28, the Red Bull BC One World Final will see the world’s top eight B-boys and B-girls battle it out for coveted World Champion title. This is the first time that the global event will be hosted in Austria.

Fans of the competition will be able stream the Red Bull BC One World Final live on the go or from the living rooms on Facebook, YouTube and Red Bull TV on November 28.

Last year, Mumbai, India hosted the World Final with  a global viewership amounting to over 17 million. History was made in more ways than one as B-Boy Menno won the Red Bull BC One championship for the third time, becoming the only one ever to do it while B-Girl Kastet became the only Russian breaker to ever win a Red Bull BC One world title.

The first Red Bull BC One World Final was held in Biel, Switzerland, back in 2004. Host cities for the season’s final since have included Berlin, Paris, New York, Tokyo, Moscow and Rio de Janeiro among others.

YouTube Music and The Gathering Spot Partner for “The Future Insiders Program” , a 4-Day Immersive Course

The 2020 “Soul Train Awards” celebrated the best in soul, R&B and hip hop by highlighting both living legends and breakout stars …